The Steel Wound Sound
Vernon BC

Considering itself as “not exactly a dance band” Steel Wound cycles through a repertoire that reaches back to the 1840s.  They cite influences as varied as 1920s jug bands, John Prine, Bob Dylan, Fred Eaglesmith, Mississippi John Hurt, The Band, Old Crow Medicine Show, and Leon Redbone.  With a founding guideline of “nothing in the top 40s since the 1940s”, but including the odd characteristic cover (check their live version of Led Zepplin’s Rock and Roll), the trio presents a musical melange “for enjoyment and edification”.

Born in the North Okanagan’s thriving Coffee house open mic scene, Steel Wound has become something of a local sensation over the last few years.  The band usually won’t be found playing bar gigs, but shows up at street concerts, benefits, festivals, corporate events and private functions.  They play the occasional wedding party, but “…we don’t do the Chicken Dance”.

All the members are active in various aspects of the local music scene.   Paul Fisher has played guitars in country and rockabilly bands since his teens, and teaches guitar to several students.  Jim Leonard is a composer and multi-instrumentalist, playing keyboards or bass with several local jazz, pop and classical ensembles.  He recently had an original opera performed at the Vernon Performing Arts Centre.  Kerry Parks helps encourage local talent at open mic events and song circles, in addition to playing in the Kalamalka Highlanders Pipe Band and the Celtic ensemble, Kilt.45.


“Last Dance at the Starlight Lounge” is the quixotic title of the band’s debut CD, released in 2014.  It presents a mix of obscure but spirited cover tunes along with eight original compositions from songwriter Kerry Parks.   Parks describes his material as mostly story songs, “ballads, blues and message tunes”, and he says he has tried to craft images to reflect universal experience: “It is the nature of silver linings and clouds to be found together.”

The songs on “Last Dance at the Starlight Lounge” demonstrate the range of Parks’ song writing voice, from the upbeat “Rosy Dawn” and “All-New Buddha’s Blues”, through the reflective “If I Were An Artist” and the vignette, “No Sad Songs”, to the resigned “Tell Her I’m Doing Fine”.  The title track closes the album with a good-night monologue from an evidently weary lounge singer, presented with appropriately smokey vocals and clichéd sincerity.

The CD also contains four cover songs, from Fred Eaglesmith, Kevin Quain, and David Francey and someone known as ‘Traditional’, delivered with characteristic Steel Wound energy, round out the album and add to the variety.

With tracks recorded at Piano Jam in Vernon and Lake Studios in Kelowna, the album was mixed and mastered by Andrew Smith and Zachari Smith at Lake Studios.  Andrew and Zachari also added extra instrumentation to several tunes.

"Farther Along", released in 2017 is a second collection of Parks' songs, recorded with Steel Wound and Friends.  Some old tunes, some new, some stories, some blues, the collection presents 'Ballads, Blues and Message Tunes', along with rewrites on a couple of traditional tune and one cover of a Kevin Quain composition.

"Farther Along" was recorded at Lake Studios in Kelowna BC and Montreal, PQ and mixed and mastered by the team of Andrew Smith and Zachari Smith.  Session musicians include Neil Fraser, Steve Lauriault, Miles Black, joining Andrew and Zachari and Steel Wound.

“With an obvious enjoyment for the music they make, Steel Wound makes the old ones sound new again, and makes the new ones sound comfortably familiar.” 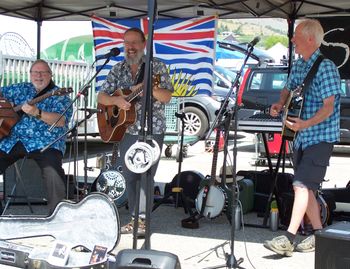 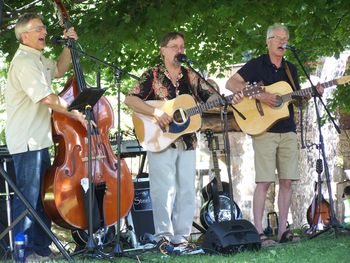 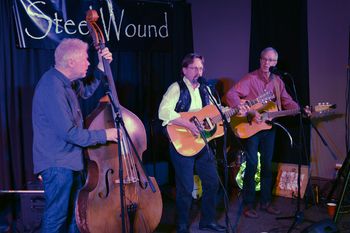 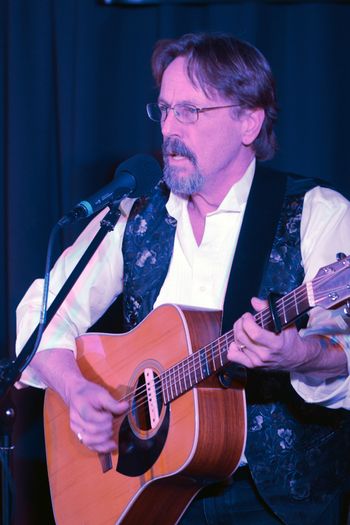 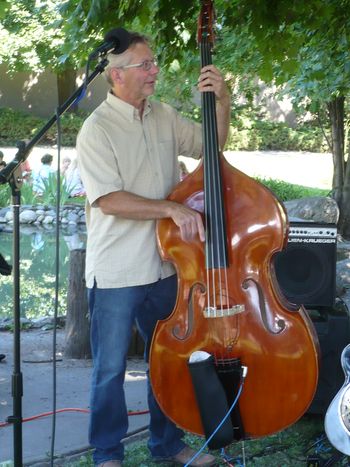 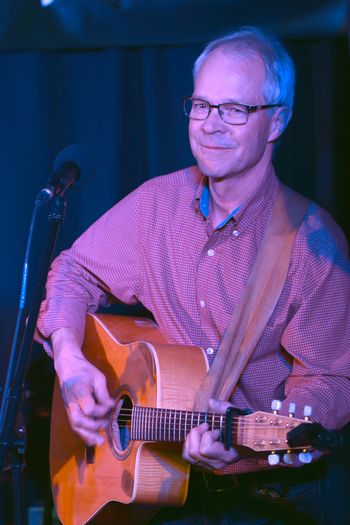 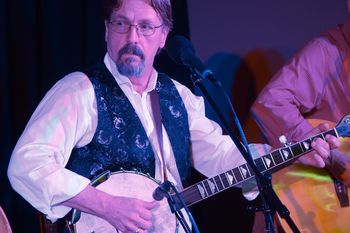 Once more through the intro (Wayne Emde)

Get the Steel Wound Sound
--Blend three voices, well-seasoned with real life,
--Mix and match eclectic acoustics,
--Sift in a healthy portion of tasty original material, along with some re-ground old acorns,
--Strain through time and sensibilities,
--Shake and stir,
--Serve hot and chill.